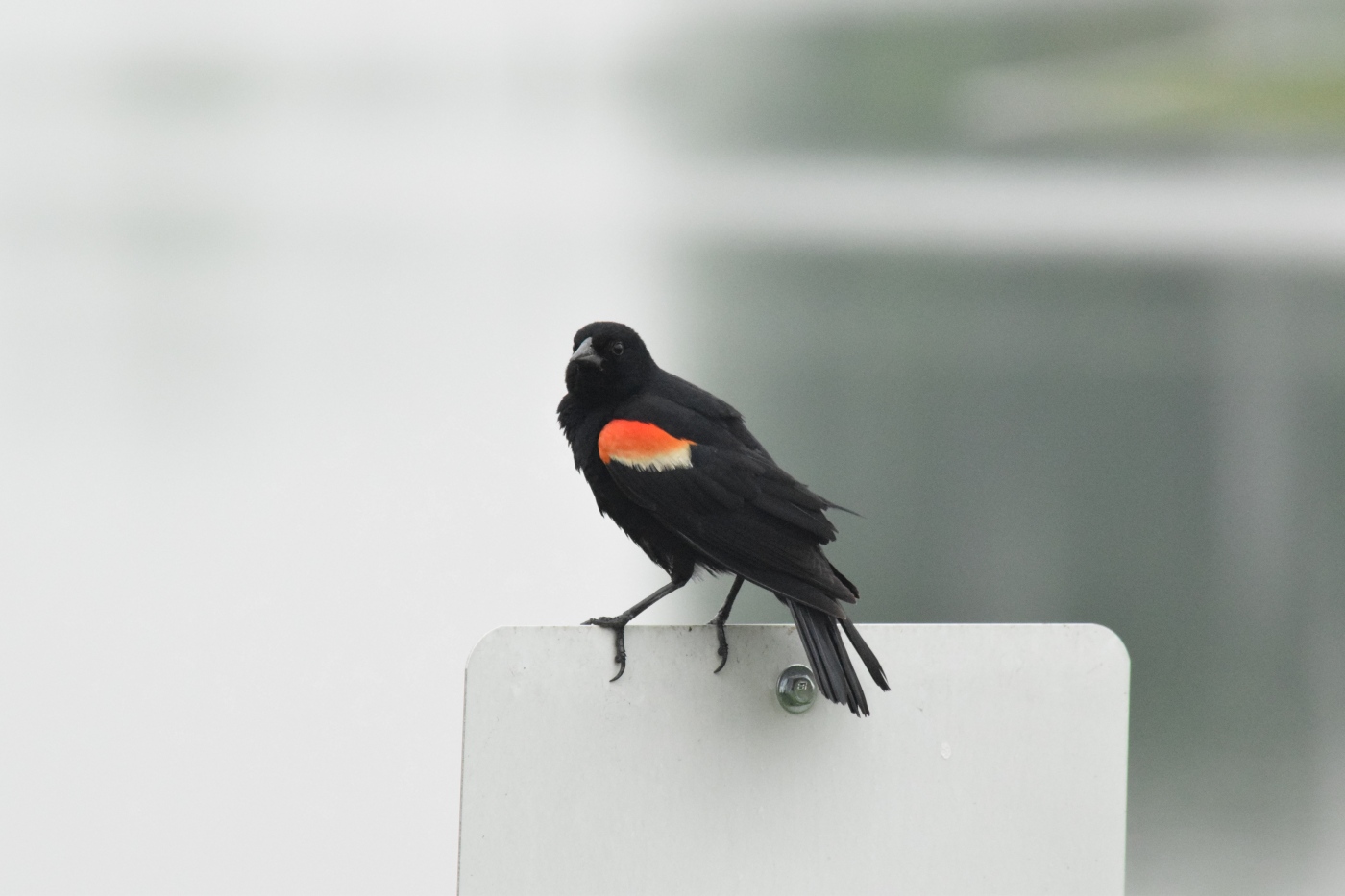 That’s the last thing you heard before waves of fear, embarrassment, and shame came flooding into your mind. What happened? You were just buzzed by a Red-Winged Black Bird. A tiny little bird just made you look like a punk in front of everyone at the park. He nosedived in from a high perch or swept up behind you from that reedy area in your periphs’. He blasted your ear with a warning and probably grazed your head with his beak or tiny talons. Are you ashamed? So was I.

These little devils hang out just about anywhere you can find water. Their color is as black as death, except for those two sunsets painted on either shoulder. They swoop in upon unsuspecting “minding-my-own-business” types like a funnel cloud of fury ready to touch down. I know you’ve seen or heard them before, they sing their telltale swamp songs all over the Americas: “Oh-ku-lukuleee”.

“Wuuuh- why did this happen to me? What did I do wrong?” you may be asking yourself. Well, there are any number of reasons. Perhaps you got too close to his nest. Perhaps he’s showing off for the ladies- after all, only the males truly fit the description “Red-Winged Black Bird” (though not really since there’s no red in their entire color scheme- just orange and yellow), females are brown like a common sparrow and aren’t as ornery. Or perhaps “he thought your nest was hair”- as my loving wife suggested in one of her best Freudian slips yet (she’s been hounding me to get a haircut for a month now).

What ever the reason, you’ve been buzzed. Welcome to the list of survivors. Can you get over this? Yeah, probably. But will you ever be the same? No, not a chance. So what do we- the brave few- do from here on out? The next time we go for a walk, if we see one of these buggers puffin’ up, getting ready to pull their best impression of Maverick from Top Gun, should we knock ‘em down to size? If it’s attacking you, should you smack a Red-winged Black Bird? Should you retaliate with a stone or two once he’s found his perch again?

The answer might come more quickly to some of you than it did for me. There are those of you, more apathetic individuals, who say: “yeah, smack ‘em down. He’s messing with my peaceful walk, I wasn’t harming him. I wasn’t going to eat his eggs- although I might now! I was minding my own! I’m not gonna get punk’d out twice by some little bird.” There, are also some of you, more empathetic souls, who would say: “No way! You can’t hit a defenseless bird! So what if he buzzed you. You’re in his space after all. That’s his home. You wouldn’t like him coming into your home, yet you walk all over his and expect him not to fight back? You should never hit a bird.” I can see both sides. This gave me much food for thought this morning as I went to take pictures down by the pond.

I think I’m over the raw retributive instinct that tells me to defend my honor against Red-Winged Black Birds and even Geese when they hit me with that surprise attack- you know when they have a nest outside your dentist’s office or somewhere stupid like that and attack you before you’ve even rounded the corner. Anyways, they’re just birds doing what their instincts tell them, they didn’t mean to embarrass me, they wanted to protect their offspring. Fair enough. But today I pondered a deeper question, a theological question: should I allow a bird to attack one of God’s image bearers?

For most of you- normal folks- a thought like that has never popped up into your mind. But I’m a weirdo, so indulge me. These birds are God’s creation, and He cares about them, right? Right. So we should’t go slaughtering them whole sale, right? Right. But we are made in the image of God, we are His arbiters here on earth- His representatives to all of nature. It was Mankind that was given the duty to subdue the earth and cultivate it- not Red-Winged Black Birds! Shouldn’t my position as Imago Dei trump this little nothing-sandwich’s self-conscious nest protection? Shouldn’t I take a swing at a diving Red-Winged Black Bird out of sheer principle?

As compelling as this line of reasoning was to me, after a moment’s thought, a little voice forcefully- yet gracefully- asked: “really? You really think it’d be a good thing for a creature made in the Image of God to go around bashing the creatures he’s supposed to be caring for… Really?” That’s when it hit me. I’m the “rational animal” as Aristotle said or the “Thinking Reed” as Pascal put it. I’m the one who’s been given the gifts of reason, morality, agency, compassion, self-control, self-consciousness, and a plethora of other attributes. The Red-Winged Black Bird has been given some cool wings, a nice chirp, and a mean demeanor- that’s about it.

Being made in the Image of God means that I’m the one who has a greater position, no doubt, but I also have a greater responsibility. The bird’s job is to mate, eat, and protect. My job is much more complex. In fact I have lots of different jobs and responsibilities. But part of my role as an image bearer is to be compassionate towards the creatures who God made. It’s the creature with understanding that looks at the situation and goes out of his way not to cause beef. The dumber animals are the ones who smash their heads together in territory feuds. Am I a Red-Winged Black Bird? No. Then I shouldn’t act like one.

My righteous indignation on behalf of the human race was short lived. When it comes to Red-Winged Black Birds, you- the intelligent one- should give them a wider berth and be a little more watchful when you hear ‘em chirpin’ in the spring. You may want to take ‘em out with a quick smack or defend your honor with a rough stone, but I don’t think you should. 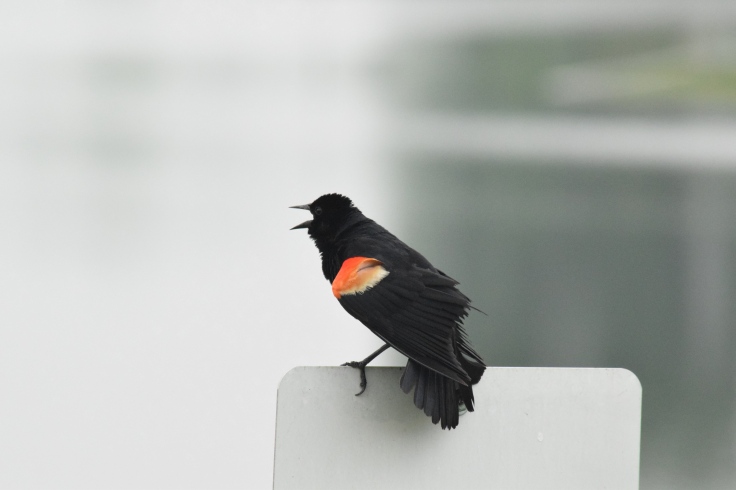